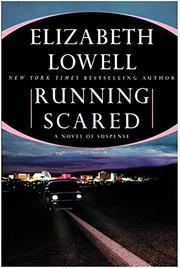 Ancient Celtic gold has everyone running in circles.

Just one look at the priceless treasure is enough to send a shiver down the spine of Risa Sheridan, antiquities expert with the exclusive appraisal firm of Rarities Unlimited. She alone knows that the runes and symbols engraved on the artifacts and jewelry have the power to heal—or harm. What she doesn’t know: their provenance. And, being dead, the owner can’t tell her where he dug it up. Pvt. Virgil O’Connor stumbled across the treasure while wandering in a Druid grove in Wales during WWII. He smuggled it back to the States and later found that it brought him only bad luck and a lifetime case of the heebie-jeebies that nothing could cure—though Cherelle Faulkner certainly tried. She’s Risa’s childhood friend and fellow survivor of trailer-park foster homes, and she’s been conning poor old Virgil for a while, pretending to be his spirit guide. Thus the gold falls into her hands after his death, though she has no idea of its antiquity or worth. But Las Vegas mogul and multimillionaire Shane Tannahill collects Celtic tchochkes and, boy, does he want these, hoping to feature the treasure in a blockbuster exhibition at the Golden Fleece, his Vegas entertainment complex, if Risa can just verify its authenticity. Enter assorted lowlifes and criminals, all with Damon Runyonesque names and personalities, who heist some of the treasure. The chase, natch, is on. Will Shane fall for Risa’s enigmatic intelligence and merely physical charms? Should Risa give her heart to him or to Niall, the broodingly handsome owner of Rarities Unlimited? And will bad girl Cherelle do the right thing in the end?

Fast-moving romantic suspenser that gets off to a good start, but the Keystone Kops–like complications are just plain silly. From the indefatigable author of similar tales of priceless art and improbable crooks (Moving Target, 2001, etc.).