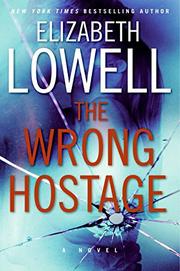 South-of-the-border mayhem, with refreshing twists amid the genre conventions.

Lowell (Always Time to Die, 2005, etc.) has a flair for writing about the dark corners of well-traveled places, in this instance San Diego and its Mexican sister city, Tijuana. Fences, barbed wire and searchlights separate the two, but crime is a nation all its own, and when young Lane Franklin—busted for altering his grades via computer hackery and sent to a parochial boot camp in Mexico—is kidnapped, his tormentors and rescuers alike come in all shades, shapes and sizes. Leading the cavalry is his mother, Grace Silva, a federal judge who’s “all woman everywhere a man liked to feel the difference.” She’s also a tough cookie, but she can’t do it alone. With some trepidation, she enlists an Eiger Sanction–ish anti-crime outfit and its top agent, Joe Faroe, who just happens to be a former lover of hers and who went to jail some months before young Lane came into the world. The bad guys are a Mexican narcotraficante fond of crack-laced cigarettes and assorted evil; a well-connected Tijuana politico and wheeler-dealer; and one Theodore Franklin, who is a billionaire many times over, Grace’s ex-husband—and Lane’s father. Sort of. Now, of course, in the thriller game, all billionaires are villains, all former cops knights errant of virtue, all kids smart and computer-literate and all federal judges—well, some federal judges—keen on finding time on their judicial calendars for pleasures of a sort they have never known. Lowell fulfills all these obligations and then some, but the story she turns in has plenty of nice moments in which good is not wholly good and evil not wholly evil, though the really bad guys are nasty pieces of work indeed. In the end, everyone gets what he or she has coming, and justice prevails—sort of.

A nicely written whodunit with a satisfying payoff.