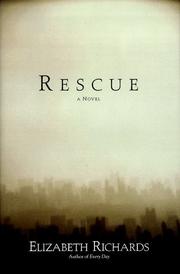 An account of a troubled adolescent and the havoc he wreaks on his stepmother’s domestic life, by the author of Every Day (1997). Usually it’s the stepmothers who get the bad press, but since this story is being told by one, the perspective is bound to be different. Paige Austin is something of a bluestocking. A bookbinder with a Yale degree, she’s married to a lawyer and lives on the Upper West Side of Manhattan. Unable to have children of her own, Paige invests herself in any number of good works—taking tea with rich old ladies, visiting AIDS patients, and tutoring neighborhood children in the afternoons. Her husband Ian MacGowan has two children from a previous marriage, however, and one of them—his son Malachi—turns out to be a real handful. Expelled from his Brooklyn prep school for drug use, Malachi is sent to live with Ian by his disgusted mother, who washes her hands of him. Now Paige has to learn how to put up with a child in the house 24 hours a day. The initial surprise is how well she takes to it—and how well Malachi, starved for affection since his parents” divorce, takes to her. Soon Paige understands how much of a burden her childlessness had been to her. But soon enough, she sees the other side of the coin when Malachi begins to act out his rebellions against her, as well as against his father. After Paige and Ian discover him in bed with a girl, Malachi runs away and vows to live on his own—but returns stoned one night to take his revenge on Paige’s students in a prank that nearly leads to tragedy. Only then can he see the real depths of his anger, and his love. A soap opera, pure and simple, with characters about as deep as cardboard acting out a labyrinthine plot. If you listen closely, you can even hear organ music in the background.