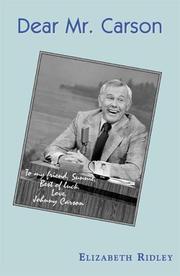 Plucky pre-teen breaks out of fat camp and embarks upon a cross-country adventure in search of her late-night TV idol.

Adolescence doesn’t hold much promise for 13-year-old Sunnie Sundstrom. She’s sandwiched between a sullen older sister and an overachieving younger brother, her classmates tease her mercilessly and it often seems like her mother won’t love her anymore if she doesn’t drop 18 pounds by the end of eighth grade. The only people who seem to see past Sunnie’s “Huskies for Her” jeans are her beloved Grannie Lassen and Johnny Carson, who makes her nights a bit less lonely. Things promise only to get worse when Grannie suddenly dies and Sunnie is shuttled off to the dreaded “Summer Slim-Down Retreat.” Much to her surprise, though, she finds herself making real friends for the first time, and an unexpected visit from the Pentecostal Bible Camp across the lake brings a handsome boy named Asher Gideon into her life. After an Asher-inspired prank gets her kicked out of camp, Sunnie’s newfound confidence kicks in. She trades her bus ticket back home to suburban Milwaukee for one to Los Angeles, where she vows to meet her hero. Though she clearly faces obstacles along the way, including an old man with unsavory intentions, persistence pays off and Sunnie comes to realize exactly how far she’s come. Sunnie navigates the world with grit and gumption, even if she’s the last person to realize it, and her ugly-duckling story will resonate with teenagers who aren’t sure they like what they see in the mirror. But for adults more removed from the injustices of middle school, the sweet premise and likable narrator won’t quite be enough.

A great young-adult novel—as it should be billed.