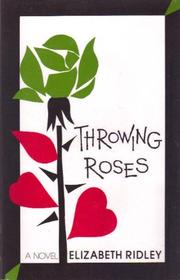 After receiving a head injury in a serious car accident, 17- year-old Branda Raggan develops an appreciation of damaged and disfigured people everywhere—and eventually finds love among them- -in a small, scope-less first novel from Wisconsin writer Ridley. When Branda awakes in a Milwaukee hospital bed ``with holes in [her] mind,'' she can't walk very well or count to ten, but she can recognize her gaily clothed, loud, ever-present alcoholic mother, who sings to her: ``Every day, in every way, I'm getting better and better,'' begging Branda to join in. But Branda can't join in and doesn't get better; and after she's been reluctantly discharged by her doctors, she no longer can perform schoolwork and doesn't feel comfortable waitressing in her mother's tavern. So her mother packs her off to London on a squalid handicapped group tour, which Branda soon escapes. But she can't take care of herself—what to do? She meets a transvestite nightclub owner—much resembling her mother- -who takes her in, and then a small young waitress named Sam, with whom she falls in love. After facing fears of loneliness, early death, and incapacity, Branda learns what her mother seems always to have known: Optimism sometimes proves to be prophetic rather than silly, like throwing roses at the Thames. A promising writer, but material that remains unformed.