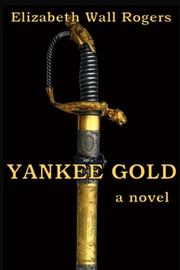 Rogers’ debut historical novel delivers a highly detailed account of nation-building in New Mexico after the Civil War through the eyes of spy, lawyer and politician Steve Elkins.

Elkins, like other major characters in the book, was a real person, and the author presents him as a clever observer and manipulator of the baffling, violent political scene west of the Mississippi during Reconstruction. Elkins flees wartime Missouri, with rebel bandits at his heels, to New Mexico, where he rises from a laborer and land surveyor to a lawyer and elected official. He takes charge of two different murder trials, and took part in efforts to draft a state constitution, woo the railroad and eradicate “peonage,” a form of feudal slavery unique to the region. But although Rogers includes all the raw materials for a riveting tale (war, espionage, slavery, bank robberies, gold mines and murder among them), the book reads more like a dry biography of Elkins than a novel. The author takes considerable care to tell the story with accuracy and detail; as a result, however, the prose is almost exclusively expository. Much of the book consists of fact-laden, wooden dialogue, with minimal, awkward efforts to convey the characters’ internal lives (“ ‘Chaves’ arrogance at having set off the cannon that killed Slough, and his insisting on keeping the unrepentant Heath, is more than I can stand,’ Steve said”). At times, the book reads somewhat like a legal brief, with the characters conveying the emotionless delivery of police officers on a witness stand. There are some moments when this reportorial style engagingly supports the storyline—the murder scenes, for example, or during courtroom set pieces when Steve’s scheming intelligence earns readers’ admiration—but these moments are few in an otherwise dense, dispassionate narrative.

A dry but exhaustively researched novel that will most interest aficionados of New Mexico’s history.