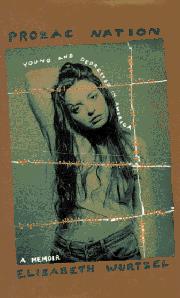 Young and Depressed in America

A memoir of a depressed, heavily medicated young woman who identifies with Sylvia Plath, Anne Sexton, and other tragic figures—and fantasizes about being profiled as a tragic suicide in New York magazine. Born in 1967, Wurtzel grew up in New York City, the precocious only child of divorced parents. At six, she wrote her first book. At the age of 11, she carved up her legs with razor blades in the school bathroom and went to a therapist her parents couldn't afford. But stints at the psychiatrist and summer camp didn't cure Wurtzel of her depression. When she entered Harvard, she spent her days deep in despair or high on Ecstacy or cocaine. By the time she graduated, she was being treated with Prozac and lithium. This is all presented with such narcissistic pride that the following comment about herself is true of the book: ``I was so far gone that I didn't even come across as sad any longer. Just obnoxious.'' She wants to contextualize her experience to give it deeper meaning as some sort of a beacon for her generation. But Wurtzel insists on one-upmanship: She's ``a real sicko,'' while the other six million Americans on Prozac are ``all these happy-pill poppers.'' She wants it both ways: to be at once the Head Loony and a representative voice. But her nihilism offers nothing new (she wails about loneliness and death's inevitability). Her only generational trademark is a preternatural media sensibility. But even her TV- informed peers cringed when she threw a party celebrating her deflowering. By alternately belittling and belaboring her depression, Wurtzel loses her credibility: Either she's a brat who won't shape up or she needs the drugs. Ultimately, you don't care which. An excruciating portrait of, even cause for, depression. This most certainly is not an examination of a generation's collective psyche. (First serial to Vogue, Esquire, and Mouth2Mouth)