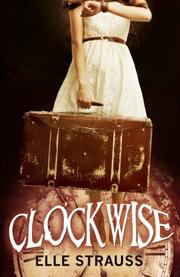 Within the opening paragraphs of this YA romance, the reader learns about Casey’s time-traveling woes. Casey tells the reader herself, in fact, using the same sarcastic, witty first-person voice consistently maintained throughout the book. First-person perspective done right makes a protagonist seem more accessible, and Strauss certainly does it right with Casey. Aside from her secret time-traveling troubles, Casey must also deal with all the relatable drama that often defines one’s teenage years. But if she thought that balancing her two separate lives proved difficult before, it only gets harder after her two worlds collide; she accidentally takes her crush—school heartthrob and star athlete Nate Mackenzie—back in time with her, and the whole situation leaves him feeling more than a little unnerved. All things considered, though, he adapts remarkably well to this strange set of circumstances and the unusual girl responsible for them—which is fortunate, considering the fact that Casey accidentally drags him back to the 1860s nearly every time they touch. The two of them must determine the nature of their unexpected relationship while navigating turbulent times together. Strauss successfully addresses the societal differences between then and now, providing enough detail to make the characters’ actions seem plausible without overwhelming the reader with too much historical information. The author addresses the difficult topic of time travel in a similarly balanced manner, leaving the phenomenon just vague enough to prevent too many sticky questions from popping up. The lack of detail in some portions of the novel make a few scenes seem rushed, however, and may leave readers wishing they had more to mull over. Readers who “trip” back in time with Casey will wish they could stay longer in her strangely relatable place.