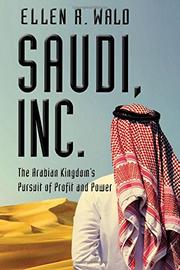 The Arabian Kingdom's Pursuit of Profit and Power

Tracing the conjoined realms of dynastic politics and international commerce in the history of Saudi Arabia.

It was an Arab from the desert, Abdul Aziz, who led the struggle to unify the tribes of the Arabian Peninsula into the kingdom of al Saud, but what gave him the wherewithal to link the settlements of his new country were petrodollars, brought to the kingdom by an American concern called Aramco. Indeed, writes energy consultant and historian Wald, it was the vision of what the company built for its own workers—schools and hospitals and apartment blocks—that set Abdul Aziz on his modernizing path, which was undertaken with some reluctance since the king “felt more than a little uneasy at the pace at which his people’s traditional lifestyle was changing.” Later, the Saudi government would nationalize Aramco; in recent years, there have been proposals for a public offering, though whether for Saudi investors exclusively or a broader clientele remains to be seen. Wald shows how the al Saud rulers entered into another uneasy alliance—with religious fundamentalists—in order to legitimate and solidify their rule and spread it throughout Arabia. She rejects the thought that, despite the overwhelming Saudi presence among the 9/11 hijackers, the Saudi royals have much involvement with terrorism, which is bent on upsetting their power as much as waging jihad against the West. The author closes by hinting at reforms that she notes at the outset are beyond the scope of her discussion, reforms not just in the structure of Aramco and the company’s approach to energy, but also in the larger Saudi society, evidenced by such things as greater investment in education and a diversified economy in which women fully participate.

A solid overview of a nation much in world news and of economic trends that will have significant effects in the global marketplace in years to come.