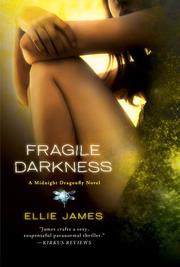 From the Midnight Dragonfly series, volume 3

The third installment of the Midnight Dragonfly series barrels along at breakneck speed, a paranormal thrill ride from start to finish.

Gifted teenage psychic Trinity Monsour is still reeling from the death of her boyfriend at the hands of a clairvoyant psychopath and finds that the emotional trauma has blocked her premonitions. She has feelings of impending doom connected to a boy named Will, but try as she might, she can’t get the fully formed vision that might help her protect him. When Trinity faces threats and assaults from someone who clearly doesn’t want her digging into the matter, she finds herself rescued yet again by the enigmatic Dylan Fourcade. While she struggles to sort out her complicated feelings for him, the two work to unblock Trinity’s visions and get to the bottom of the mystery surrounding Will. Moving along at a breathless pace, this installment in the series exists almost entirely in the realm of visions, psychic connections and near-death experiences, forsaking much of the firm grounding in the ordinary and the character development that made the initial volumes so engrossing.

Nonetheless, fans of the series will devour this offering and look forward to the promise of additional titles, perhaps ones that crank up the paranormal factor even higher as the powers of other characters are increasingly revealed and explored.