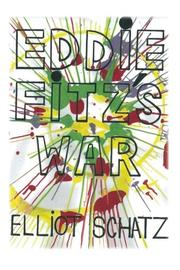 A troubled teenager hitchhikes to an anti-war protest and experiences life on the road in this novel set during the Vietnam War era in America.

High school freshman Eddie Fitz is one-fourth of an extremely dysfunctional family that includes his undersexed and unloved mother, his cruel and uncaring physician father and a military veteran older brother who has returned from Vietnam damaged both emotionally and physically. At school, Eddie meets Chloe, a sexually promiscuous senior and wannabe flower child who invites him to hitchhike with her to an anti-war protest at Berkeley University. On the road, the two kids meet various threatening characters, and they do what they must to survive. Finally arriving at Berkeley, the protest degenerates into a confrontation, and Eddie and Chloe go their separate ways. Eddie goes home to interact with his family, which has only slid further into chaos during his absence. The author, a cardiologist, has had two screenplays turned into feature films (Making the Rules, 1996, and Rabble Boys, 1996). He has created a well-drawn cast of characters, and the details of the physician father’s work experiences are particularly realistic. The main character tries to find himself in a time of personal confusion, much like America was trying to find itself during a time of national turmoil. The book works best when it emphasizes this comparison, as when it portrays Eddie and Chloe’s turbulent relationship against the backdrop of an anti-war peace rally that turns violent. While the prose and the narrative work well, the protagonist’s development doesn’t quite fit into the coming-of-age model; Eddie does not actually grow so much as he plateaus.