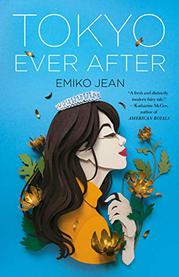 A Japanese American teen searches for her father—who turns out to be the crown prince of Japan.

Kind and “remarkably unremarkable,” Izumi Tanaka enjoys the support of her single mother and high school friends in her hometown of Mount Shasta, California. Her grades are “subpar at best,” and she’s been accepted into decent, but not exclusive, colleges. She acknowledges that her love of Real Housewives and dabbling in baking, while relatable, are not exceptional. After searching for her father and discovering the shocking news of his identity, Izumi is invited to Japan to stay with the royal family for two weeks. Dubbed the Lost Butterfly princess, she is swept up in royal life, complete with all its intrigue. The romance of being a princess—complete with a hot, young bodyguard, Akio—quickly dissipates as tabloids, cultural differences, and a serious blunder at the Japanese prime minister’s wedding take their toll. While the action-packed plot keeps pages turning, inconsistencies in Izumi’s voice are distracting, and her character development lacks cohesion. More slow-building tension would have given her romantic encounters with Akio a bigger payoff. However, the novel hits its stride in the second half as Izumi returns to the States and focuses on her personal growth and evolving relationships with each of her parents, developments that are thoughtfully fleshed out.

This royal romp comes together for a strong finish.