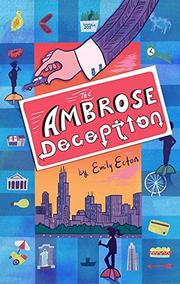 The action begins when three Chicago middle schoolers—Bondi Johnson, a black boy; Wilf Samson, a white boy; and Melissa Burris, a white girl—are selected to compete in the Kaplin/Baron scholarship contest. No one at the three students’ schools has heard of this scholarship, and even stranger, none of these students is known for exemplary academics. In fact, they are better known for scheming, daydreaming, and schmoozing. The scholarship rules appear straightforward: untangle the clues, provide a photo of each, and win $10,000. With these guidelines, a provided cellphone, a personal driver, and a no-strings-attached debit card, each student is ready to tackle the task. Bondi attacks his clues with diligence; Melissa, though suspicious, enjoys the chase; Wilf would rather cross items off his bucket list than solve the riddles. When the hunt for clues draws to an end, Bondi, Melissa, and Wilf discover there is another mystery surrounding this scholarship and the money, leading them to band together to unravel the remaining clues and unearth the truth before the $10,000 slips out of their hands. In the tradition of The Westing Game or Chasing Vermeer, this is a plot-driven brainteaser centered on Chicago landmarks and Chicago history. The twists and turns are well-paced and believable, and transcripts of texts, emails, and letters within the chapters add dimension to the strong cast of secondary characters.