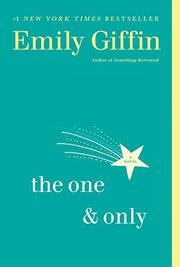 After the death of a beloved family friend, Shea Rigsby realizes she’s been treading water. Will a spectacular new job and a fairy-tale romance change everything or simply remind her of what she truly loves?

At 33, Shea is in a listless relationship and has a fun but dead-end job at her hometown alma mater, Walker University. Walker is in Texas, where football is right next to God, and its highly successful football program has been under the sage and celebrated guidance of head coach Clive Carr for years. Shea’s practically a member of the Carr family; her mom is best friends with Connie, Coach’s wife, and Shea’s been best friends with their daughter, Lucy, since birth. But after Connie succumbs to cancer, everyone is emotionally unmoored, and they collectively decide to focus their energy on moving Shea forward. Breaking off with her aimless boyfriend opens up space for a thrilling new relationship with a former Walker superstar now playing in the NFL. And with a little help from Coach, she lands her dream job as a Dallas sports reporter. But even as everything seems to be going so well, Shea is a little stunned to find that she isn't really happy and that her job as a reporter may force her to face some unsettling truths about her star-kissed boyfriend, the world of college sports and the man she’s had a lifelong crush on—for the good and the bad. Best-seller Giffin (Where We Belong, 2012, etc.), known for her insightful exploration of women’s deepest desires, has taken on a hard-sell storyline in her newest novel. While her in-depth look at football, family dynamics and unexpected romance is both compelling and perceptive, it also takes some disconcerting turns, and readers may find the story ventures too far outside their comfort zones.

Despite her typical wit, intelligence and discernment, Giffin may not be able to win her audience with this problematic romantic journey.