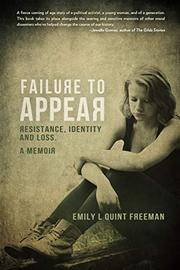 In this debut memoir, a writer recounts her life as an underground activist in the 1960s and after.

Linda J. Quint grew up comfortably in 1950s Los Angeles, but by 1965 the Berkeley sophomore had become a budding radical. “My generation was getting down, getting high, getting busy with confronting this country’s long-standing wrongs, like racial segregation and the shameful war in Vietnam,” she remembers. As if she hadn’t outraged her parents enough, Quint revealed she had fallen in love with a girl, causing her father to cut her off financially. Following graduation, she disappeared into Chicago’s activist left. After she helped destroy 50,000 selective service records, she went on the run. Margaret Wilzbach—that was the name on the new ID in her pocket—slept in hideouts in cities like Detroit and Birmingham, Alabama, feeling increasingly disillusioned with “the Revolution.” Later, as Judith Jablonski, she found sanctuary in Atlanta—and a lover. Eventually becoming Alexa Emily Freeman, she made it all the way to San Francisco, where the work of liberation was just beginning. Under various identities, in multiple cities and decades, the author found herself a soldier for the cause of freedom—a cause that itself wore many guises. Collectively, these threads tell a story that gets right to the heart of the generation that came of age in the ’60s. Freeman writes with a sincerity of purpose, unspooling a narrative that is part travelogue, part “notes from the underground,” and part coming-of-age tale. “No one in my life has real names anymore,” she realized at one point. “With every mile, my former life disappears. I’m on the run, in a Mercury Marquis, traveling down to a safe house in the deep south. It’s impossible to turn back now. I close my eyes, remembering who I was.” The author never separates herself from her politics, but readers easily can: The figure who emerges is one of youthful rebellion played out to its furthest logical extent. This work is both a compelling profile of a subculture and a revealing portrait of someone who gave everything to shape it—and, perhaps unintentionally, was shaped by it in return.

A captivating and often affecting account of an activist outside the law.