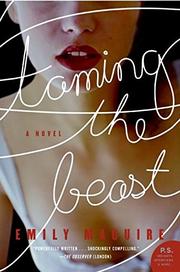 A twisted love affair forever changes the path of a bright young woman.

Sarah Clark is a precocious child. She comes from an Australian family where academic excellence is the norm and failure is unacceptable. When a dynamic teacher named Daniel Carr seduces 14-year-old Sarah, she is thrilled to enter his perverse world and gain his attention. Daniel becomes a father figure to Sarah—an older man to please and adore. Her sexual awakening is powerful, and she becomes addicted to Daniel’s touch. Maguire does her best to convince the reader that Sarah and Daniel have a relationship. But these initial sexual encounters are nothing short of molestation—their relationship is far from erotic. Daniel leaves Sarah’s school district, mysteriously, and the damage to Sarah is irreparable. This once-promising young scholar is ruined; she feels abandoned and attempts to self-destruct by way of unprotected sex, binge-drinking and drug use. As a college student, Sarah’s existence involves waitressing at a seedy steak house and luring strangers to her filthy apartment. Despite her numerous trysts, she remains empty—constantly longing for the violence and degradation she received at the hands of her teacher. For Sarah, love and pain are inexorably linked. When Daniel and Sarah meet again, it seems they deserve to beat each other senseless, for they are despicable characters. Maguire aims high in her debut novel, attempting to craft a tragic romance in the spirit of Wuthering Heights and Jane Eyre (she tosses in allusions to the classics). But while her writing manages to convey urgency, she doesn’t deliver penetrating personalities.

Often powerful and compelling, but weakened by an overabundance of darkness and violence.