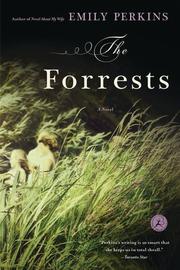 A novel that highlights the triumphs and vicissitudes of the Forrest family, primarily Dorothy, who both lives her life and tries to make sense of it.

Sisters Dorothy, Eve and Ruth—along with their brother, Michael—have affectionate though spotty memories of their early life in New York, but while the girls are still young the family moves to Auckland, New Zealand. They soon meet 13-year-old Daniel, whose life will intertwine with theirs for the next 50 years, for he will eventually become both Eve’s and Dorothy’s lover. The life of the Forrests plays out in both conventional and unconventional ways. When the children are still quite young, for example, the mother takes them to a “wimmin’s commune” for some rest and relaxation, where they meet earth mother Rena. As a young adult, Dorothy marries Andrew, an artist, while Eve marries Nathan, seemingly a “safer” choice since he’s an accountant. Along the way, both couples have their marital ups and downs and occasional infidelities, but Eve dies at a relatively early age, leaving several young children behind her. As Robert Frost reminds us, however, “Life goes on,” and so it does for the Forrests. The kids grow up, Dot grows out of love with her husband, and almost always lurking in the background is Daniel, occasionally messed up by drugs but always charismatic and electrifyingly attractive to Dorothy. Eventually, Dorothy becomes a grandmother, and even toward the end of her life feels the lure of Daniel, for she discovers he has become the primary relationship in her richly indulgent life.

Perkins writes with soft beauty and brings out both the serenity and the strains of growing up, growing old and facing the lives we’ve made.