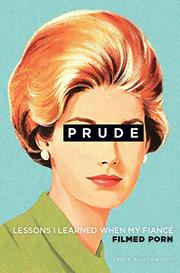 With great relief, Internet blogger Southwood writes of formally consummating a three-year long-distance relationship by relocating from Vancouver to her boyfriend Robbie’s place in Los Angeles and getting engaged. A restless gal of 28 who’s happy to divulge her sexual repertoire of only “twelve guys and one girl,” this move would be her tenth so far—and hopefully her last. Just days before Southwood’s departure, Robbie, a Hollywood cameraman big on expressive feelings, drops the bombshell that he’s been offered a prized cinematography position with a “reality TV porn” program. Flabbergasted and ambivalent, Southwood agonized over her reaction: Would her latent sexual prudishness spoil their relationship and hijack the wedding, or should she just process the information and deal with it? Their situation worsened before it resolved, and throughout, the author shrewdly ruminates on relationship pitfalls. Southwood’s contemporary analysis revolves around the “ownership” credo of monogamy; these days, she asks, “exactly how much of our significant other’s body and soul do we get?” However, as Robbie’s livelihood put unwanted pressure on their sex life yet concurrently provided a surfeit of hilariously awkward predicaments, the author pauses to shrewdly comment on the male-dominated world of pornography, its effect on early sexual development and infidelity, alongside an explicit cornucopia of porn varieties, sexual positions, terms and conditions, compliments of Robbie’s new job. The main theme running through Southwood’s memoir, however, is not how soul-sucking and unapologetically raunchy the sex industry can be labeled by outsiders, but how much open and unfettered communication is required when one-half of a partnership becomes threatened by the other’s involvement in it.