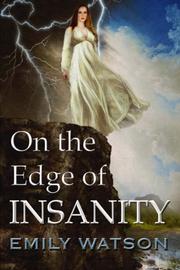 On The Edge of Insanity

In this commanding debut memoir, Watson conveys what it’s like to live with multiple mental illnesses.
Watson’s comprehensive autobiography recounts her life before and after she was diagnosed with obsessive-compulsive and bipolar disorders. The memoir spares no details, and Watson’s raw voice and transparency make it an unflinching, unfiltered look at life with paralyzing illnesses. For example, the author admits to a narcotics addiction and provides a comprehensive look at her excessive bathroom and shower routines, which involve “washing the same arm in the shower ten times” and “brushing my teeth in the same pattern five times.” She ends nearly every chapter with helpful tips for living with OCD, depression and bipolar disorder—an innovative approach that eliminates the distance between her and her readers. She also makes it clear that her mission in writing and publishing this memoir is to help others understand these disorders. As a mix of facts and self-reflection, this memoir is an invaluable medical narrative; to read it is to feel her pain as if it’s one’s own. However, if the book’s brutal candor is its strength, it can also act as its flaw; the tell-all honesty can be helpful, as when the author analyzes her symptoms, but sometimes it can be superfluous and overlong, as when she lists the names of the medications she’s currently taking. A stronger edit might have made for a more sharply focused and coherent book, as it lacks a narrative storytelling structure. That said, its energy and the stream-of-consciousness voice lend it an authenticity that might have been lost if it were more refined.
An admirably sincere, if unpolished, memoir.