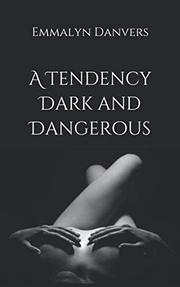 A TENDENCY DARK AND DANGEROUS

The story of a woman’s sexually exciting and dangerous connection with a dominating man, told entirely in free verse.

Evangeline feels as if she’s a secondary character in her own life. Her prudish, no-nonsense boyfriend, Jesse, has their lives planned out, including her giving up her publishing job to have his children. His sister, June, is also her best friend; she’s loving but dismissive, engrossed in her own plans to wed a brilliant artist and demanding Evangeline’s presence and service at the drop of a hat. Then Evangeline catches the attention of handsome and notorious Landon Kelly at a show at his art gallery, and she’s enthralled by his commanding personality when it focuses on her. They have a passionate affair, but it becomes clear that behind Landon’s playful exterior is something cruel and even violent. However, she’s addicted to his attention and emotionally unable to turn to Jesse or June for help. As the relationship threatens her living situation and career, Evangeline must look within to save herself. At first blush, Danvers’ debut may seem like yet another Fifty Shades of Grey clone, but its approach is intriguingly unusual, as it tells its popular yet familiar story entirely in free verse. This stylistic choice brings out the steamy passion and charged eroticism of Evangeline and Landon’s problematic relationship even as it becomes unhealthy. The downside to this poetic presentation is that moments of exposition, such as an early section about Jesse’s job, stand in stark contrast to erotic or emotional scenes. Although the book does a good job of capturing raw sensuality, it also impressively focuses on just how torturous a relationship can be—as when Evangeline waits for a text message (“For nearly another week / I wait / and wait / and wait /… / The realization dawns on me / I’ll never be good enough”), struggles with guilt, or simply wrestles with the desire to finally tell Landon “no.”