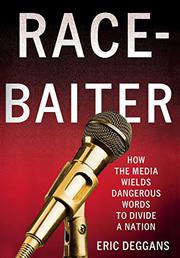 How the Media Wields Dangerous Words to Divide a Nation

Gone are the days when a TV network could garner a large, diverse audience that might engage in a shared dialogue on race by viewing, say, the 1977 TV series Roots. Instead, race, as well as bigotry, has become the purview of niche outlets, from cable TV and talk radio to the endless media sources of the Internet. Such niche outlets, by and large, are dominated by conservative commentators who, in search of anger and outrage that builds ratings, serve and reinforce the racial fears and hatreds of their select audience. This audience tends to be overwhelmingly white, male, older and wary of people of color. And so new and old stereotypes against racial minorities persist. Viewers and listeners, having their views confirmed, neither trust nor listen to opposing viewpoints, and true dialogue on race becomes an impossibility. Deggans traces the history of this rise of “prejudice as a business model,” but he also puts it into the larger context of the failure of media in general to address issues of race. When people of color are portrayed at all on TV entertainment programs, and that is not often enough, they may tend to be placed within specific one-dimensional stereotypes such as “The Angry Black Woman.” TV news, for its part, lacks true diversity—no cable news channel has a person of color as anchor during prime time. Deggans concludes that acting to refute racism whenever it appears in the media is both possible and necessary for understanding across races.

Troubling, detailed account of race and racism in today’s media.