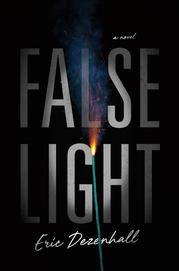 A reporter with a chip on his shoulder plots to bring down a powerful media predator in Dezenhall’s latest novel.

Investigative reporter Sanford “Fuse” Petty is a hopeless Luddite, eschewing not only iPhones and social media, but even elevators and ATMs. He’s a man behind the times, and, as his nickname implies, he’s got a bit of a temper. Forced to take a leave of absence pending a disciplinary investigation at the paper where he’s worked for decades, Fuse feels embittered and adrift. His old friend Kurt Rossiter comes to him with a problem: Kurt’s daughter, Samantha, has been sexually assaulted by social media star Pacho Craig. Best known for his viral “gotcha” videos, Craig is everything wrong with the new media landscape, where journalists pursue clicks over truth. Rather than go public—Kurt only recently avoided his own #MeToo–style scandal—Fuse recommends an unorthodox solution to get justice. “Takedowns are part of what journalists do,” he explains. “We look at a bad guy’s weakness—a high-profile person’s, that is….People aren’t often punished how we want them to be—or when. We need to find out what he values and find a way to take it from him.” Using his connections in every seedy corner of Washington, D.C., from the drug dealers to the politicians, Fuse sets about getting revenge on Pacho. But is he doing it for Samantha or for himself? As in Dezenhall’s last novel, Glass Jaw (2014), the prose is as caustic and observant as the crusading narrator. The tone is lighter than the premise might suggest, but Dezenhall’s characters are complex, and his treatment of timely issues is more nuanced than one might expect. It’s fun, fast-paced, and full of memorable scoundrels.

An easy-reading crime novel about real and manufactured scandals.