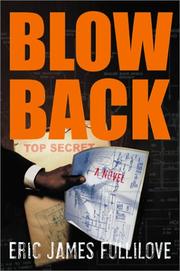 The president’s national security advisor is black, brilliant, brave, and boring, in this dreary shoot-’em-up by the author of The Stranger (not reviewed).

Meet Richard Whelan, not all that long out of Harvard and now ensconced in the corridors of power, big-time. President Edgar Roswell wouldn’t think of making a foreign policy move without him. CIA director Mike Monroe is so jealous of Whelan’s style and intimidating smarts that he can't sleep nights. And women love him to pieces. One of them, white and gorgeous Mary Jacobs, daughter of a D.C. powerbroker, is his current sweetheart—until she’s found murdered in her plush D.C. apartment. Found by Richard, who is immediately a suspect. It’s a frame, of course. Someone wants to discredit him at a time when the nation needs him most. An international pressure cooker is about to boil over (Richard refers to it as “this India thing”), and only his astute counsel can contain the use of weapons of mass destruction. He goes on the run from racist cops, the Secret Service, the CIA, and assorted others, all with secret agendas aimed at our hero. “Maybe good the world can accept,” he tells himself, “but great, at least from me, Richard Whelan, the world does not seem ready for.” Meanwhile, black and gorgeous Deputy Undersecretary of State Bettina Freeman remains true. She comes to his aid and pays the price. The corrupt Monroe kidnaps her and proposes a swap: Richard’s life for Bettina’s. No way, says Richard. Full clip in his trusty Glock, he rushes the bad guys, takes out five or six of them, rescues Bettina from her evil captors—and then the rest of the world from nuclear catastrophe.

Slapdash plotting, careless prose, a hero not-to-like: give it a pass.