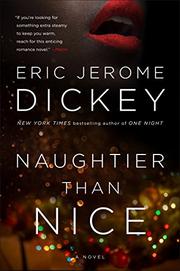 The McBroom sisters return in this steamy tale of lustful women troubled in love.

Oldest sister Frankie is eagerly planning not only an extravagant wedding, but also a baby with Franklin Carruthers, a wealthy renovator of classic cars. After yet another night of mind-blowing sexual acrobatics, however, Frankie receives a call that demolishes the whole house of cards: Franklin is already married. Meanwhile, middle sister Livvy is trying to make sense of her life following her husband’s infidelity and her own retaliation with a ménage à trois. Youngest sister Tommie has man troubles of a different kind: she can't decide whether to stay with her longtime fiance, Blue. She loves his daughter, Monica, who's come to see Tommie as her mommy, despite having had enough of his ex-wife’s interference in their lives. But Blue has had a vasectomy without even consulting her. She’s tempted to return to Beale Street, her former boss, her former lover, and a globally worshiped writer. Things begin to turn even messier for the McBroom sisters when Frankie realizes she has a stalker whose pranks escalate from moving the furniture in her house to life-threatening high jinks. Erotic, salacious, yet often simply crude, Dickey’s (One Night, 2015, etc.) tale develops through sexual encounters: every bedroom romp ratchets up the levels of guilt or desire motivating the sisters. Although Dickey sets his characters in a world rich with material possessions, several oddly placed items create discord; for example, Frankie and Franklin’s erotic play requires wine, candles, the Kama Sutra, and, weirdly, blue Gatorade. Despite some grisly plot twists, everything is tied up neatly in the end, with the wicked soundly punished and the McBroom family triumphant.