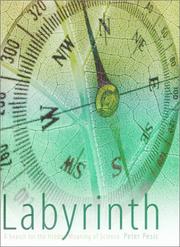 A Search for the Hidden Meaning of Science
by Peter Pesic
BUY NOW FROM
AMAZON
BARNES & NOBLE
GET WEEKLY BOOK RECOMMENDATIONS:

His defense of this romantic view is based on studies of three 16th- and 17th-century innovators: William Gilbert (the “father of magnetism”), Francis Bacon (who espoused inductive approaches to science), and Francois Viete (a French mathematician and cryptographer credited with introducing algebraic notation). Their writings illustrate Pesic’s three interrelated themes, which he describes as a triple fugue. First is the scientist’s labyrinthine struggle to understand nature; second is the ardent desire, a kind of purified eroticism, that inspires the scientist’s pursuit; and third is the role that symbolic mathematics plays in facilitating the pursuit. He then projects these themes onto the lives of Kepler, Newton, and Einstein, regarding their writings as works of literature. Clearly, the scientists Pesic has chosen as exemplars, largely drawn from the dawn of modern science, reflect a time when religion, myth, mysticism, and science co-mingled in their minds so that a secret wrested from nature would indeed be considered a revelation of God—yet a small one in contrast to the vast unknown. Pesic elaborates on Greek myths (Prometheus, Dionysus, Theseus, Oedipus) in building his case, including some questionable references to disability and illness (Oedipus’ lameness, for example) as occurring disproportionately among scientists and enabling them to think “excruciatingly slowly.”

Pesic’s presentation of the metaphysical, emotional, and pious motivations of major figures in science is a distinct contribution that stands in contrast to the usual “just the facts” approach. It may also stand in marked contrast, though, to scientists of today, who (while equally zealous in the struggle for nature’s truths) are more likely to invoke chance and chaos rather than the workings of a mysterious divine.