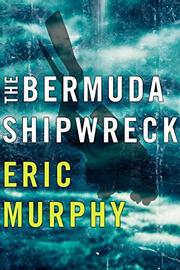 Two young cousins take a job transporting a sailboat from Nova Scotia to Bermuda but discover that their passage has been used to transport equipment needed to retrieve sunken treasure.

Thirteen-year-old Will and 17-year-old Harley are forced at gunpoint to investigate a sunken Civil War blockade runner. But the chest they retrieve fails to yield the expected treasure. They manage to escape only to find themselves on the run from dangerous criminals in the employ of one of the wealthiest men in the country. With only their wits and the support of a handful of locals, the white cousins need to implicate the criminals, clear their names, and retrieve the treasure. Copious tidbits about sailing, diving, and local history are interesting, but the volume of detail overwhelms the story, robbing it of energy. The glimpse into the racial tensions that existed in 19th-century Bermuda and the revelation of its economic importance during the Civil War are appealing. But the strength of the story lies in the devoted relationship between Will and Harley, as the lovely island setting and the very real danger are underplayed and the mystery is too vague to be engaging.

A mediocre story about a fascinating and largely unexplored location, this may have appeal for avid sailors but not many others.