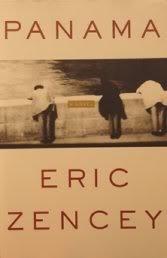 Henry Adams, ``grandson of one President and great-grandson of another,'' becomes a courageous sleuth in the hotels, streets, and tunnels of 19th-century Paris. It's 1892, and Adams, 54, is in France to research his book, Mont-Saint-Michel and Chartres. It's also seven years since the suicide of his wife Clover, so that when Adams meets an American artist working at her easel in the fields near Mont-Saint-Michel, and when she reminds him of Clover, it's understandable he'll do some cathedral-seeing with her and, with her consent, call on her when both are back in Paris. At her Paris address, though, Adams is told that no Miriam Talbott is there or ever was; worse, he is summoned to the Paris morgue to identify her dead bodyexcept that the body isn't Miriam Talbott's. So begin four days of danger and intrigue that become steadily more intertwined with a vast bribery scandalinvolving the dismally failed French effort to build a Panama canalthat's about to topple the government. Missing one social engagement after another, Adams snoops and dashes about Paris on the trail of Miriam Talbott, indefatigably finding evidence of an enormous conspiracy, witnessing murders, fearing for Miriam's life, twice almost losing his own, and learning about the new concept of fingerprinting andeven moreabout the uses of photography in hunting crime. At end, mysteries will be solved, the government will have fallen, and Adams, patching up his tattered social affairs (including a could-have-been liaison with the wife of Senator Donald Cameron), will get back to his new book. He says to friend John Hay, ``If you want to understand what is happening around us today, you have to go back to the twelfth century and ask that question.'' A debut that offers intense intrigue; an intellectual hero who's pedigreed and real; and a Paris of its day vividly and expertly rendered. (First printing of 100,00; Book-of-the-Month selection)