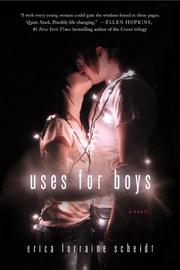 Anna is the center of her young mother’s world: “Now I have everything,” she tells wee Anna repeatedly. Eventually, her devotion to single motherhood proves insufficient to address her own abandonment issues. Anna’s mom begins to date, marry and divorce a series of faceless men in a depressing and self-defeating cycle that leaves her pre-pubescent daughter totally unmoored. Now middle school–aged, Anna is alone for days at a time in an empty suburban house, and she drifts into a series of precociously sexual encounters that she thinks will give her the “everything” she wants so badly. As much a user of boys as she is used by them, Anna is often sad but rarely self-pitying, finding ways to cope with loneliness and the self-sufficiency her neglectful mother has thrust upon her: stretching the grocery money, keeping the television on for company, building an enviable thrift-shop wardrobe. Friendship with Toy, a similarly wounded connoisseur of fashion and boys, leads Anna to look for something bigger and better in her relationships. The final third of the story moves a bit fast, but it works, and Anna is so compellingly flawed and quietly winning that readers won’t quibble.