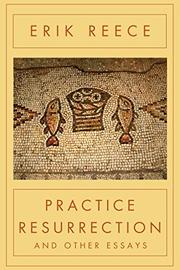 Religion, ecology, literature, family, and ideas all commingle in this collection.

The shadow of the prolific writer Guy Davenport (1927-2005) quietly hovers over these sharp, incisive, and opinionated pieces by Reece (Writer in Residence/Univ. of Kentucky; Utopia Drive: A Road Trip Through America’s Most Radical Idea, 2016, etc.), who’s also Davenport’s literary executor. In form, some echo Davenport’s favorite “assemblages” or metafictive gatherings. “Nine Drafts of a Suicide Note” beautifully weaves together reflections on the Tate Gallery’s Rothko Room, with its nine massive canvases of “corpuscular hues of blood and wine,” Nietzsche, James Baldwin, and the suicide of Reece’s father. “Maxims and Errors” offers up bits of wisdom like: “Take the gods out of the sky. Put them back in the forest. Now we are getting somewhere.” Many channel the works of Thoreau, Whitman, and Wendell Berry. The longest piece is about Reece building a wooden boat and canoeing the Kentucky River for a week while daily reading a book he turns to frequently, A Week on the Concord and Merrimack Rivers, a “fascinating,” “maddening” and “unclassifiable text.” “Instead of the Ten Commandments” takes on some calls for them being prominently posted in public spaces. Reece has an alternative: Whitman’s poem “Laws for Creations.” It’s “shorter” and it “never mentions the word not.” One essay about a birding adventure with Berry considers the “possibility that a broken world can be made whole” with imagination. A lovely piece on Davenport honors the “master artificer” whose “writing was a high wire act in every sense.” Reece calls him the “greatest prose stylist of his generation.” Here are the Wright brothers viewed in the light of the French poet Blaise Cendrars or talking lions joining forces with Wittgenstein and Jesus. Despite occasional repetitions, these are delightful and illuminating.

Reece’s insightful, witty, and reflective essays offer up new ways of thinking about spirituality, culture, and the environment.