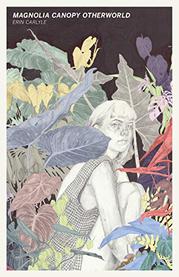 Carlyle spins lyrical realities and grim fantasies in her first collection of poetry.

Set against the dreamy backdrop of an uncanny American South, the poet weaves together more than 30 poems that explore family dynamics, awakening sexuality, unexpected dangers, and the lasting, systemic effects of poverty and drug abuse. The author draws from her own upbringing in Kentucky and Alabama but infuses her recollections with fairy-tale logic and mythic figures. Some girls are depicted as ghostly sirens in creeks or as corpses that eerie “Rivermen” might dredge up. The woods are populated with strange desires, and there are references to the Animal, a totemic creature apparently located at the precipice of puberty. A pain clinic is portrayed as both a church and temptation, with the pills it doles out as the only communion available. Carlyle’s poetry will absorb readers with lush imagery that doesn’t shy away from the carnal and disturbing: “What man made their bodies into tables—arms and legs bent backward, / a coffee cup on the sternum?” The poetry also makes use of space, with stanzas strategically formatted to draw attention to specific thoughts or words and entire sections that call back to others, adding to the cyclical, fablelike quality of the collection. Carlyle’s poems resonate with lived experience; in an interview, she acknowledges that some of her subject matter was influenced by her family’s struggles with opioids, which contributed to her father’s death in 2019. There’s a clear sense of loss in these poems, which helps to transform a paean to rural adolescent girlhood into a catharsis for both the poet and the reader.

A set of works suffused with wonder, terror, and honesty.