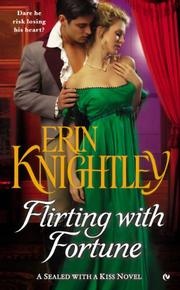 When Lady Beatrice Moore meets Sir Colin Tate, she is convinced he is the man of her dreams, and the fact that he is her favorite artist’s son is a bonus; however, if there is one thing the lady can’t abide, it’s a fortune hunter, so it’s a tragic shame that Sir Colin happens to be one.

From the moment they meet, Lady Beatrice and Sir Colin are attracted. Affection grows the more they get to know each other, so it comes as no surprise when Colin asks Beatrice to marry him and she agrees. However, a mean-spirited, spurned suitor makes Beatrice second-guess herself and her faith in a happy future when he tells her that Colin is simply a fortune hunter, out for her money. To her dismay, she learns the fortune hunter part is true. Colin must make a financially beneficial marriage to save his siblings, since his recently deceased father’s debts put them in jeopardy. Colin considers himself fortunate to marry the woman he loves, since he’d resigned himself to a loveless match for the sake of financial security. However, once Beatrice learns the truth, she feels betrayed and doesn’t believe Colin loves her, putting him in the untenable position of somehow proving his love for her irrespective of her money. All seems lost, and Colin leaves London to scour his father’s estate for any hidden treasure that might keep disaster at bay, while realizing that the situation is fatally flawed. He will never be able to prove his love if she does not fundamentally trust him. Knightley has made some interesting choices in this third installment of her Sealed With a Kiss series, and they are mostly winningly successful. The romance is a little meandering, and the Black Moment is a little too-obviously set up, using conversations with secondary characters. However, the clever and unusual Regency storyline and Knightley’s ability to flesh out sympathetic characters, especially when they are forced to make not-so-palatable choices, combine to create a fetching novel.