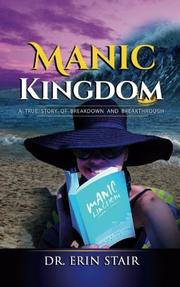 Stair (Food and Mood, 2016) offers a novel, based on a true story, about a medical student who flees to Los Angeles to escape the pressures of her everyday life.

Becka is an ambitious and promising young medical student. Halfway through her second year, she and her male roomie, Chase, both begin to crack under the pressures of school. Chase accuses Becka of being a prostitute and believes that she’s bugged the apartment, while Becka struggles with bulimia and a recent breakup. On the verge of a breakdown, she impulsively quits medical school and flies to Los Angeles. On her first day there, she meets an alluring man on the street named King. He says that he’s a lawyer in the process of moving, and that’s why he sleeps in an empty house with no furniture. He also claims to be a minimalist who loves living off the land, so he bathes in the ocean, forages through dumpsters for food and clothes, and rejects medicine as a dangerous crutch. Becka is deeply attracted to King’s free-spirited lifestyle despite having recurring doubts about his background. She finds that he gives her new vitality, and she gets back in shape and conquers her bulimia while with him. But when she finally tracks down King’s history, she finds that he’s far from what he seems. Stair writes in a conversational, evenly paced, and easy-to-follow manner. However, this is an incredibly bizarre tale that she says is based on her own story, with several fictionalized elements. Although Becka’s behavior seems meant to highlight a mental breakdown, Stair writes surprisingly little about the character’s mental health or what drives her to stay with King, and the reader may find it difficult to understand Becka as a result. Still, the author builds the momentum and suspense leading to the explosive and unpredictable ending, when Becka finally discovers King’s true identity, and the reader will likely be as shocked as Becka is.

An eccentric tale about a misleading relationship that burns bright and fast.