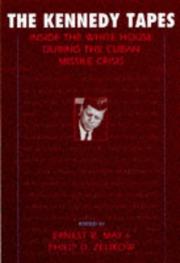 Inside the White House During the Cuban Missile Crisis

The glimpse we get into the making of US policy in a crisis— in this case the Cuban missile crisis—is unique and, in light of the historical and legal problems of the taping of White House conversations by presidents, may well remain so. Which is a great pity, for despite the apparently poor quality of the tapes and various unresolved questions relating to them, the picture of US officials dealing with the most serious crisis of the Cold War is memorable. Although the editors, both scholars at Harvard, rightly remark on the ``inherently disorderly character'' of such meetings, the quality of understanding and analysis the participants brought to the task was high. There are some exceptions: The lack of esteem felt by Kennedy for the Joint Chiefs of Staff seems justified by their performance (General LeMay openly equated Kennedy's actions with ``the appeasement at Munich''); the congressional group brought in to advise was less than helpful, Senator Fulbright, ironically, calling for an immediate all-out invasion. Kennedy privately chews Secretary Rusk out for failing to do contingency planning on the US missiles in Turkey. But the praise given by the editors to Kennedy seems justified, not only for his clear recognition of the awesome responsibilities of his actions, but for asking questions that his advisors had neglected. The editors write of his ``cold analytical mind,'' and indeed he alone notes that US allies think that on the subject of Cuba ``we're slightly demented''; if anything, he tends to be pessimistic (``He'll grab Berlin, of course,'' he says of Khrushchev). But it is particularly impressive when contrasted with the idiosyncratic, unsystematic, and uninformed policymaking of Khrushchev. A remarkable and truly historic record, well analyzed and put in context by May and Zelikow. (20 b&w photos, not seen) (Book-of- the-Month Club/History Book Club selection)