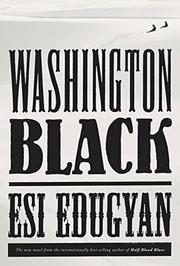 High adventure fraught with cliffhanger twists marks this runaway-slave narrative, which leaps, sails, and soars from Caribbean cane fields to the fringes of the frozen Arctic and across a whole ocean.

It's 1830 on the island of Barbados, and a 12-year-old slave named George Washington Black wakes up every hot morning to cruelties administered to him and other black men, women, and children toiling on a sugar plantation owned by the coldblooded Erasmus Wilde. Christopher, one of Erasmus’ brothers, is a flamboyant oddball with insatiable curiosity toward scientific matters and enlightened views on social progress. Upon first encountering young Wash, Christopher, also known as Titch, insists on acquiring him from his brother as his personal valet and research assistant. Neither Erasmus nor Wash is pleased by this transaction, and one of the Wildes' cousins, the dour, mysterious Philip, is baffled by it. But then Philip kills himself in Wash’s presence, and Christopher, knowing the boy will be unjustly blamed and executed for the death, activates his hot air balloon, the Cloud-cutter, to carry both himself and Wash northward into a turbulent storm. So begins one of the most unconventional escapes from slavery ever chronicled as Wash and Titch lose their balloon but are carried the rest of the way to America by a ship co-captained by German-born twins of wildly differing temperaments. Once in Norfolk, Virginia, they meet with a sexton with a scientific interest in dead tissue and a moral interest in ferrying other runaway slaves through the Underground Railroad. Rather than join them on their journey, Wash continues to travel with Titch for a reunion with the Wildes' father, an Arctic explorer, north of Canada. Their odyssey takes even more unexpected turns, and soon Wash finds himself alone and adrift in the unfamiliar world as “a disfigured black boy with a scientific turn of mind…running, always running from the dimmest of shadows.” Canadian novelist Edugyan (Half-Blood Blues, 2012, etc.) displays as much ingenuity and resourcefulness as her main characters in spinning this yarn, and the reader’s expectations are upended almost as often as her hero’s.

A thoughtful, boldly imagined ripsnorter that broadens inventive possibilities for the antebellum novel.