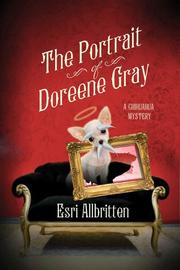 THE PORTRAIT OF DOREENE GRAY

The staff of a supernatural magazine can’t decide if its latest mystery is a case of human trickery or something more.

When Doreene Pinter decides to auction off a portrait of herself painted by her identical twin, Maureene, the news of the sale makes the local press in Port Townsend, Wash. Although Maureene’s art has some fame in its own right, the reason for the notoriety of this particular sale is in the change of the painting over the years. Like Dorian Gray, Doreene hasn’t seemed to age a day since the painting was completed, though the painting, as in Oscar Wilde's, has fared less well. The mystery surrounding this phenomenon brings the staff of Tripping, the magazine for all your supernatural needs, to town to get the story firsthand. Helmed by fearless Scot Angus MacGregor, its editor and cofounder, Tripping also counts among its staff the firm nonbeliever Michael Abernathy and the quirky and eye-catching photographer Suki Oota. Once assembled, the crew is ready to get down to the business of finding the truth, though Angus and Michael wind up bickering about everything from the nature of the supernatural to the use of aphorisms, which Michael dryly describes as “The spray cheese of wisdom.” Fast and furious wit like this helps move the tale along, though Allbritten (Chihuahua of the Baskervilles, 2011, etc.) still insists on saddling the otherwise charming Tripping staff with Doreene’s Chihuahua, Gigi, in an effort to put a Chihuahua in every pot.

Streamlining the complexities of this series by focusing on dialogue and character development rather than elaborating everyone’s connection to Chihuahuas might expand its reach beyond readers infatuated with the breed.