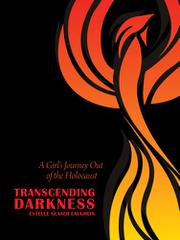 A Girl's Journey Out of the Holocaust

A moving account of educator and Holocaust survivor Laughlin's experiences living in the Warsaw Ghetto and later, two concentration camps in the north and south of Poland.

After the Germans marched into Warsaw in 1939, the author’s charmed life came to a sudden end. Soldiers immediately forced Jews "to surrender furs, paintings, jewelry and currency to pay for the war…[they] were accused of starting.” Within months, the invaders forced Warsaw citizens to move into Christian and Jewish-only sectors. The latter, known as the Warsaw Ghetto, became Laughlin's home until the uprising of 1943. Then, she, her mother and her sister were separated from her father and sent away to Skarzysko, in northern Poland, and then Czestochowa in the south, both slave labor camps that forced inmates to produce ammunition for the Nazi war machine. With heart-wrenching clarity, Laughlin recalls the "lines of giant, thundering machines with turning turbines tended by sallow, emaciated people" and the deprivation and personal degradation she, her family and other Jews endured on a daily basis. Even after they walked out of Czestochowa after liberation in early 1945, they struggled to survive. Relying on the kindness of strangers, the trio wandered from city to city, eventually reuniting with relatives and other fellow survivors and beginning to heal, a process that for Laughlin and her family would include becoming American citizens. Through her many trials, Laughlin came to understand that the pain she and her community had suffered was not one-sided. Many innocent Germans had also been condemned to concentration camps or had been expelled from territories reclaimed by Poland and Czechoslovakia. But even more profoundly, she realized that because both Germans and Jews had experienced the Holocaust together as victimizer and victim, both were bound to each other forever, "condemned to relive the shared past a thousand times; one to soothe his conscience, the other to soothe his pain.”