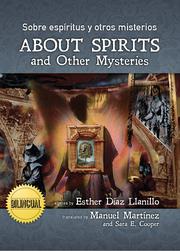 A young woman’s luxurious handkerchief slowly sucks the life out of her; a skeptical man meets his guardian angel that only he can see; an innocuous email from a friend drives a woman to the brink of insanity. These stories and more can be found in this collection by Llanillo, renowned in Latin America for her literary musings on faith, anguish, and death. Most have appeared in her previous anthologies, but this is the first published posthumously and the widest in scope. Each tale is told in English and Spanish, with translations by Martínez and Cooper that offer slightly different tones; Spanish readers will find the stories conveyed with more humor than the English versions. Many entries are quite short, and some would qualify as flash fiction. Llanillo’s spare, measured prose conveys emotion in few words: “Each evening she became a bit more the very axis of his existence. He knew that at ten o’clock, ringing like a flock of doves, the telephone would take over his evening.” With vague, even sinister titles like “Vengeance,” “The Cane,” and “On the Train,” her writing often ruminates on flawed social structures; personal weakness, like machismo or vanity; and unfulfilled desire. While it can be assumed all tales are set in Cuba, where Llanillo was born and died, many make scant mention of place and time. There are ample cliffhangers, last-minute twists to disarm the reader, and multiple bleak endings; some plotlines grow repetitive. Readers looking for deeply shaded characters and complex plots may be underwhelmed; this work is best suited for those who appreciate dark, unadorned metaphorical fiction.

An intriguing, chilling collection that demands introspection from its readers.