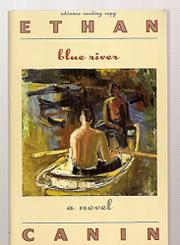 In track, champion sprinters know better than immediately to train next for the mile and longer. Not in the book world. Canin's fluent, relaxed, and often stunning way with the short story (Emperor of the Air) is all but erased in this pulseless attempt at a novel. Edward Sellers is a Bay Area ophthalmologist, with wife and son and pool and Toyota Land Cruiser, whose Ralph Lauren-like life- -all modulation, russets, and beiges—is threatened when his older brother Lawrence, a loser with a malformed hand and outlaw charisma, shows up at his door, obviously on the run from trouble. Lawrence is soon put on a bus, dispatched—the novel then goes into reverse to describe the fatherless family life of the Sellers boys as they're growing up in Blue River, Wisconsin. Lawrence is a fact- collector, a danger-seeker, a shadowy exemplar to his younger brother Edward; but mysterious pregnancies and arsons soon assemble as an unmistakably ruinous path to Lawrence's door. Edward is moved to tell someone about it—and the havoc of moral ambiguity becomes the book's ultimate theme. It's a theme very late arrived at, though. Most of the story is milky recollection, in which no character other than Lawrence seems palpable or charged. ClichÇ veins the prose (``...the curse of your character and the seed of your downfall, I now think, was your inability to forget the insults and petty defeats of your life''), and is not helped by Canin's decision to write in a first person that's always addressing Lawrence, as in a long letter. It gives the book a whispered, ultimately lethargic tone, muscle-less. Disappointing.*justify no*