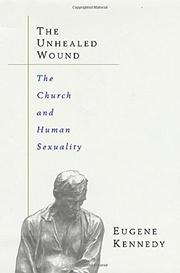 The Church and Human Sexuality

A short and rather smarmy reconsideration of the traditional Catholic doctrines regarding marriage and celibacy, written by ex-priest Kennedy (My Brother Joseph, 1997, etc.).

The universal overthrow of sexual taboos that took place during the latter half of the 20th century, anticipated by Freudian psychology and made possible by the development of chemical contraceptives and penicillin, came as a great surprise to just about everybody. Religious leaders, in particular, were caught with their pants down by this turn of events: Most of them (and especially the Catholics, who were predominantly celibate) had never bothered to devote a great deal of thought to sexuality from a specifically religious perspective—relying instead on appeals to natural law (among Catholics), tribal custom (for Muslims), or purification rites (within Judaism). The sexual revolution pulled the rug out from beneath all of these authorities, however, leaving many of the clergy with no idea where they were now to stand. Kennedy, who left the Catholic priesthood in the late 1960s, displays this disorientation (from which he has apparently never recovered) on every page of his study. Although he is quite specific in his condemnation of the traditional Catholic approach (to contraception, masturbation, divorce, etc.), his rage seems to be fueled by mists: He never bothers to articulate the grounds (either intellectual or religious) upon which his dissent is based, and he seems equally unable to put forward any “positive” approach to the subject—beyond vague talk of “unhealed wounds” and some silly, postmodern analogizing (e.g., Pope John Paul as the Fisher King) that sounds like a Leo Buscaglia script written by Joseph Campbell. “The priest is the wounded mythic figure, the wounded seeker of the Grail . . . whose infection and pain arise from that deep and unattended estrangement in the spiritual institution—the Church from this world, Spirit from Nature, the terrible price of a divided image of personality.”

A poor contribution to a serious subject, this may indeed illustrate just how badly Catholic religious life misshapes one’s understanding of sexual life—although probably not in the way the author intended.