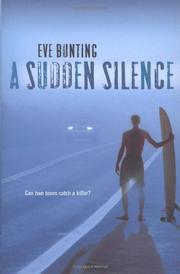 A moving piece of Americana from a veteran team (Fly Away Home, 1992, etc.), introducing the orphan trains of the 19th and early 20th century to a picture-book audience. Marianne narrates; she's among 14 children from the orphanages and streets of New York City who are being shipped to the "New West" of Illinois and Iowa in search of good homes. At stop after stop her traveling mates are chosen, some clearly for their strength and usefulness, others for their looks. Marianne is neither strong nor pretty and is repeatedly passed over. Secretly she has promised herself that her mother would be at one of the stops to meet her. In the end she is taken in by a nice, elderly couple who readers know will treat her well. Himler's lovely watercolor and gouache paintings express both the loneliness and hope of the children in scene after scene of the rugged new country. A reminder that the good old days were not so idyllic; this book will have a place in the history curriculum, but it's also an involving read-aloud.Jesse Harmon's struggle to cope with the death of his younger brother, Bry, in a hit-and-run accident is complicated by his sense of guilt for having failed to prevent the accident and by his relationship with Bry's girl, Chloe. Jesse had been close to Bry, a talented 16-year-old whose deafness contributed to his death. Trying to deal with their grief, Jesse and Chloe collaborate in a search for the killer; working together, they feel a mutual attraction. Bunting skillfully creates suspense through an elusive witness (a local wino) and a false lead (a young drunk who can't remember whether he killed Bry). When the clues lead inexorably to Chloe's alcoholic mother, Jesse finds himself forced, with her acquiescence, to hurt Chloe by making the truth public. Despite the suspenseful pacing, Bunting handles Jesse and Chloe's relationship with sensitivity. By including several minor characters whose alcoholism is pivotal to the plot, she emphasizes the tragedy that alcohol can inflict on innocent bystanders and other family members.