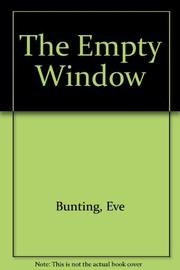 In a slim volume of picture-book dimensions is a seventh-grader's story of catching a wild parrot for a dying friend—a mismatch that would doom the book even if it were worthier than it is. C.G.'s brief narrative, however, is all problem, portent, and patent symbolism. He's been staying away from dying buddy Joe; and now, having heard Joe's mother say he's "obsessed with the parrots" and has only "another day or two" to live, he's determined to catch one. When he does, with brother Sweeney's help, Joe asks him to release the bird. . . "and I look at Joe, and the whole of him is straining toward the sweep of the birds and his body is pulling, trying to get outside of itself, and I understand suddenly, and I know why he's obsessed with the parrots and why he doesn't want this one to be caged." C.G. has also come to recognize that "I'd wanted to get Joe a parrot to keep him company so I wouldn't have to." To his relief, however, Joe is still himself; and the two talk about the upcoming baseball season; he'll be back the next day, he tells Joe; but that night Joe dies. Though dread of the dying is natural enough, nothing else here is—down to the heavily shadowed, doom-laden, black-and-white pictures.