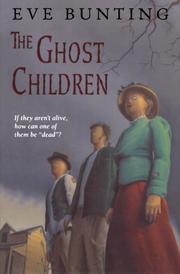 After their mother dies, Matt, 13, and his sister Abby, 5, come to live with their great-aunt Gerda in a canyon near Los Angeles, bringing little except a portfolio of their mother's paintings. In front of Aunt Gerda's ramshackle house are spooky, life-sized figures of children—made for Aunt Gerda by her deceased husband—dressed in real clothes, swaying in the wind. Apparently because they are alarmed by the way Aunt Gerda treats the "dolls" like real children, local people are harassing her, hoping to get her to move. Matt tries to discover who has sent anonymous hate notes and vandalized the dolls; to help out financially, he also tries to sell his mother's paintings, and in doing so discovers the dealer who has stolen two of the figures. Amazingly, a patron appears to declare the figures folk art of great value and to relieve the family of financial worries—without depriving Aunt Gerda of her beloved children. Matt and Abby are believable, their concern for one another both funny and touching. Unfortunately, however, the story's resolution is pat and implausible; and the title here is misleading, since the dolls are not ghostlike enough to create much suspense. For a more intelligent fictional use of senior-citizen-created junk that proves to be valuable as art, see Levin's The Trouble with Gramary (1988).