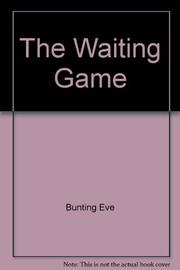 A 46-page, short-story-scope record of the day Los Angeles high-school football player Luther spends waiting for an offer from Ohio State. Luther and his two friends Griff and Dan, all seniors, are the Chalmers High stars known as "the three from C." Dan, who is deaf, will be playing for Queens, the local junior college, but the other two are holding out for the big time. The St. Francis star, they hear, got a Buckeye offer by phone yesterday; and now, arriving home from school, Griff gets one in the mail. Luther is out when his phone call comes that night, and everyone has heard about it before the coach calls back next day. . . to explain personally that Luther is just too small for the Buckeyes. Embarrassed, Luther lets people think he's turned down Ohio State to support Dan at Queens (at Chalmers, Luther has tapped out the signals to him)—but he owns up when that embarrasses Dan. Later, though, when a full-tuition offer comes from San Diego State ("semi-big time college ball"), Luther tears up the letter. "It had nothing to do with big old Dan, Luther told himself. Nothing whatever," are the story's final words. Except for the "hecks" and "shoots" which make Luther seem pretty square, the brevity and situational suspense might suit this as a hi-lo entry. However, the two-bit characterization doesn't prepare readers to accept that final goody-goody decision.