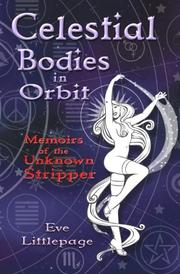 Memoirs of The Unknown Stripper

A former stripper recounts her experiences on and off the stage.

Debut author Littlepage was a small-town girl who attended Catholic school and excelled academically, despite the fact that her parents were alcoholics and that her mother had a touch of tyranny in her, perhaps the result of her own frustrated aspirations. Littlepage eventually left home with her boyfriend, Eddie, and they headed to Cape Cod. Littlepage kept them afloat with her earnings as a waitress, but Eddie was a compulsive gambler and a criminal, as well as physically abusive. The author turned to stripping—doubling her income—and found the strength to leave Eddie and start anew. Stripping would remain her principal source of income for a decade—through several relationships, a marriage, an abortion, the tragic deaths of two close friends, and plenty of experimentation with drugs and alcohol. The author, aware that every dancer’s career has an early expiration date stamped upon it, started planning her departure from the stage, taking acting classes, and exploring new business opportunities, eventually finding she had a talent for organizing charity fundraisers. Along the way, there is plenty of drama—one night, a co-worker pulled a gun on her; another stripper confessed her attraction to her. The author’s remembrance is a philosophical one; there are numerous references to I Ching, the guidance she finds in the Wiccan view of nature, and her devotion to the study of alternative spirituality. The entire memoir turns on a peculiar literary device: Eve Littlepage (a nom de plume) contacts a writer, Stella Mars (who is a fictional character) to co-author her book. It’s not entirely clear what purpose this fictional element serves, but it does end up feeling peculiarly self-referential, like hearing someone talk about herself in the third person. Nevertheless, this is a thoughtful reflection on the psychology and stagecraft of stripping, as well as a commentary on the nature of modern female sexuality. Also, Littlepage’s life easily satisfies the most basic condition of the readable memoir: it is genuinely memorable.

An absorbing look at an often misunderstood profession.