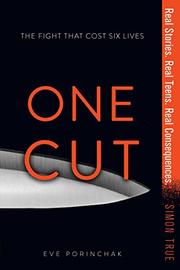 From the Simon True series

The May 22, 1995, brawl in a white suburb of Los Angeles that resulted in the death of one teen and the injury of another is related matter-of-factly. The account of the police investigation, the judicial process, and the ultimate incarceration of the five boys is more passionately argued. Since the story focuses on the teens’ experiences following the brawl, minimal attention is given to Jimmy Farris, who died, although the testimony of Mike McLoren, who survived, is crucial. The book opens with a comprehensive dramatis personae that will help orient readers, and the text is liberally punctuated by quotes drawn from contemporary newspaper and magazine coverage as well as interviews with several of the key figures, including three of the accused. Porinchak argues that the proceedings were influenced by the high-profile 1994 trial and acquittal of the Menendez brothers, and unfounded accusations of gang involvement further clouded the matter. Despite the journalistic style, there is clear intent to elicit sympathy for the five boys involved, three of whom were sentenced to life without parole; of two, the text remarks that “they were numbers now, not humans.”

This is clearly not unbiased reporting, but it makes a strong case that justice in our legal system does not always fit the crime.