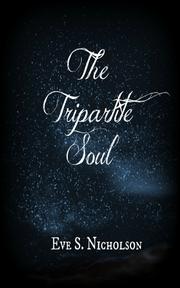 Nicholson’s fictional debut takes place in the kingdom of Sylvaria and centers on an unlikely trio: there’s Eviona, a despised and semiferal orphan girl brought up by an evil guardian to think of herself as a monster; Dyre, the haughty and noble young hopeful heir to the kingdom; and  Zefforah, a winged, horselike creature with a long lizard’s tail. The three separate beings are linked telepathically, sharing their conscious experiences except for the moments when they carefully “veil” themselves from each other. As the story commences, Eviona leaves her wild life and is taken in by a kindly couple, becoming friends with their young daughter. The family sends the two girls to the home of a wealthy relation, where they’re educated and initiated into the refined world of Sylvaria’s nobility. Eviona slowly emerges from her shell of neglect and self-loathing. Once cleaned, well-fed and well-dressed, she turns out to be a beautiful and unconventionally smart young woman, someone who naturally begins to make friends in her new town (including a smiling teenage boy named Jovan, who plays an important part in her drama). Her life has always been complicated by the fact that she, Dyre, and Zefforah share not only each other’s thoughts, but also each other’s sensory experiences (when one is struck, all three feel it). As the story progresses, she encounters more difficulties as the mysteries of her birth are cleared up in ways that change her path forever—and bring her into direct conflict with Dyre’s own ambitions. The author’s worldbuilding is at times shaky and nebulous, but the central device of her plot—the three-in-one consciousness of her main characters—is magnificently realized. In short, fast-paced chapters, Nicholson adeptly dramatizes Eviona’s blossoming; her maturation feels both genuine and heartwarming. At one point, she finally gazes at herself in the mirror she’s been assiduously avoiding: “My eyes were large blue pools, my hair sunshine, and my lips deep red cherries against pale peach skin. I’d seen others with similar features, but never imagined my reflection would hold such unbelievable beauty.” The book’s adult characters tend toward one-dimensionality, but the dynamic between Eviona and Dyre is grippingly drawn. The result is a remarkable narrative that should leave readers wanting more from this author.

A well-wrought and engrossing coming-of-age story about shared consciousness.