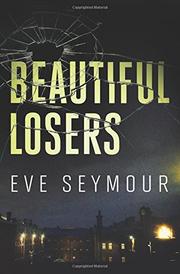 A stalking victim is convinced that she’s the only one who can catch the perp—even when the police wonder if she’s doing the stalking.

Though she’s a clinical psychologist focused on helping people feel sane, Kim Slade fears she may be losing her mind. A childhood accident that left her face scarred attracted Kim to her specialty as an adult: working with young women with eating disorders. Kim wants others to make peace with their physical beings the way she feels she has, but that sense of peace is put into question when it becomes clear that someone has taken an unpleasantly intense interest in her. Several unsolicited packages contain objects, like a mirror, that remind Kim of her own scars, emotional and otherwise. Though she confides in her partner, Chris, his home in Devon is far from her work in Cheltenham, and not just in terms of distance. An independent woman, Kim takes matters into her own hands when she decides that her stalker is Kyle Stannard, a former male model disfigured by a terrible accident. Kim is convinced that her refusal to accept Kyle as a client has led to his obsession with what he takes to be their kinship. When she goes to the police, they want to help but can’t seem to find enough evidence. So Kim makes an effort to catch Kyle in the act. When he claims that she’s following him around, she dismisses his accusations as rubbish. But are they? Kim starts to wonder if her stalker might be someone who knows her more intimately.

Although it’s clear that many characters in the story are there only to serve the plot, the conceit of Seymour’s debut is intriguing.