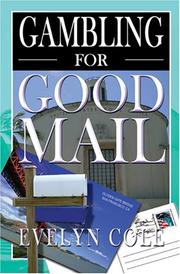 A middle-aged woman seeks happiness from within.

Felicia Wood lives for â€œgood mail”–specifically, catalog mail–so much so that her fourth husband leaves her because of her obsession. Her southern California condo is filled to the breaking point with all of the knickknacks and household tools she has ordered over the years. Faced with being on her own again, Felicia doesn’t want to return to nursing because she finds caring for sick people too depressing. Selling timeshares fulfills her desire to make people happy, but fails to pay the bills. Just when she thinks she may lose her condo, her niece, Caitland, moves in with her and begins helping with the mortgage payments. To accommodate her new roommate, Felicia is forced to throw away all of the junk she’s accumulated, and must keep her mail addiction under control. Caitland, a biochemist with a Ph.D., is reconstructing her life in a different way, following her suicide attempt a year earlier. Though the two women are different in many ways, they prove to be good influences on each other. Reconnecting with family leads Felicia to confront the residual anger she harbors from the emotional abuse she suffered from the aunt who raised her, as well as the real reasons why four husbands have left her. This well-crafted novel, which belies its awkward title, is a heartfelt story of a middle-aged woman finally achieving self-realization, and healing the deep emotional scars that were driving her to obsession over superficial signs of happiness. While deftly handling multiple subplots, the author creates a well-drawn cast of multifaceted characters. The relationship between Felicia and Caitland is particularly well-imagined; though Felicia is the protagonist, Caitland is no mere foil. Cole renders their respective personalities with equal sensitivity and without clichÃ© or caricature.