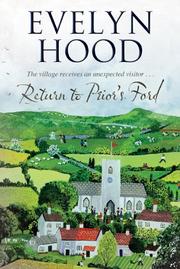 The people of the small Scottish border town of Prior’s Ford have their secrets large and small.

Linn Hall is home to the Ralston-Kerr family. Determined to restore the glory of Linn’s gardens, they have been working for years with the help of summer students and passionate garden expert Ginny Whitelaw. Ginny is in love with Lewis Ralston-Kerr, who is not over a failed love affair that produced a little girl. Ginny, an attractive and intelligent young woman, avoids her mother, the actress Meredith Whitelaw, a beautiful, self-centered woman who has either ignored or criticized Ginny most of her life. When Meredith agrees to open the annual garden fete, it is with the proviso that Linn Hall’s never-used formal rooms be thrown open and a dinner provided for her and the fellow actors she is bringing with her. The ground floor is scrubbed and decorated by the local women, and Meredith comes up with a plan to have their restoration paid for and filmed for TV with her as presenter. Alison Greenlees is trying to convince stubborn local farmer Ewan McNair to marry her. Sam Brennan and Marcy Copleton run the local store, but a big secret from Marcy’s past is going to cause problems. Helen Campbell is married to the Linn Hall gardener but has recently won a contest to write a serial for a magazine; she already secretly writes the agony aunt column for the local paper. When a newcomer, a retired college professor with a secret, offers to pay her double to type his articles, she accepts, little knowing that it will change her life forever. The pace of life may be slow, but there are always things going on under the surface.

Although Wood’s last Prior Ford novel did offer up a murder (Mystery in Prior’s Ford, 2012, etc.), the series and her latest entry is really a pleasant, romantic look at life in a small town.