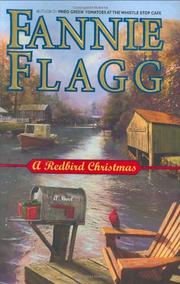 One more Christmas, one more chance.

Diagnosed with terminal emphysema, Oswald T. Campbell leaves wintry Chicago for a friendly little town in Alabama recommended by his doctor. Lost River seems as good a place as any to spend his last Christmas on earth; and Oswald, a cheerful loser all his life, believes in going with the flow. Turns out that the people of Lost River are a colorful bunch: Roy Grimmit, the strapping owner of the grocery/bait/beer store, hand-feeds a rescued fledgling named Jack (the redbird of the title) and doesn’t care who thinks he’s a sissy. Many of the local women belong to the Mystic Order of the Royal Polka Dots, which does good things on the sly, like fixing up unattached men. Betty Kitchen, former army nurse, coaxes Oswald’s life story out of him. Seems he was an orphan named for a can of soup—could there be anything sadder? Oswald is quite taken with the charms of Frances Cleverdon, who has a fabulous collection of gravy boats and a pink kitchen, too. Back to Jack, the redbird: it’s a favorite of Patsy, a crippled little girl abandoned by her worthless parents. She’ll be heartbroken when she finds out that Jack died, so the townsfolk arrange for a minor miracle. Will they get it? Yes—and snow for Christmas, too.

Charming tale, sweet as pie, with a just-right touch of tartness from the bestselling Flagg (Standing in the Rainbow, 2003, etc).